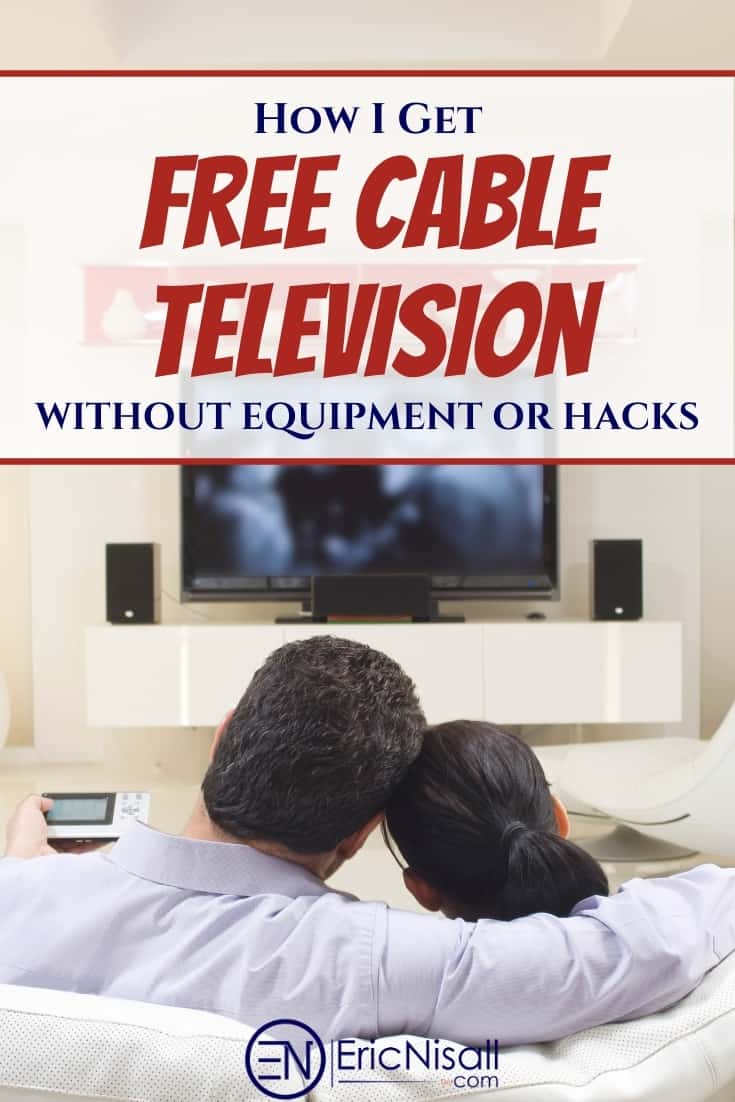 I’m not a fan of the current state of cable television.

It’s not because I’m some anti-television nut, not at all.

It’s not because I read a money-saving tip telling people to do so.

It’s not because I cut out all spending as a method of building wealth.

It’s actually a much simpler answer:

I don’t care for the programming.

Too many “reality” and competition shows.

Too many shows with the same premise.

And then the remakes–talk about unoriginal!

Most of it’s fake or interchangeable in my mind.

That’s why I cut the cord on cable many years ago.

And I’m not alone!

With cable and satellite television programming costing more than some car payments these days, people are looking for ways to watch their favorite shows without blowing a majority of their discretionary funds.

I can completely understand.

I laugh when I hear what some people pay for something I, for the most part, find absolutely dreadful.

Heck, I hear what my parents say they pay and even then they occasionally complain about “nothing be on”.

But I’m going to let you in on a little secret:

Hulu lets you watch live TV and sports, as well as older series/movies and original content. You can even try 1 month for FREE!

You *MAY* Get Free Cable Television

I know this because I am able to.

It’s not guaranteed to work in all cases, but this is what worked (and still does) for me.

That’s why I starred AND underlined the word “may” in the heading!

There are no strings attached.

You don’t need to buy one of those black box cable television descramblers or whatever they may be called these days (if those are still a thing–I’m probably dating myself a bit here too).

You don’t need to buy any equipment to connect to your computer.

You don’t need to tap into your neighbor’s cable television service (which is illegal by the way and I would never suggest you do that).

You don’t even have to go to any of those life hacking or cheap living sites to learn how to build your own antenna.

You have all you need right at home already–assuming you have a fairly modern television.

I will warn you that you do need a little free time and some patience, but that’s all.

Sometimes it takes up to an hour to process, but in the end, it could be worth it!

How *I* Get Free Cable Television

Again, this isn’t a trick.

There’s no hacking or illegal tech either.

All I have is my television which had a built-in HD tuner and a cable connected to the wall jack:

This is the best part!

I’m using nothing at all.

As you can see above, there isn’t a cable box.

And I swear that I didn’t conveniently remove or photoshop an HD antenna or anything just for this article.

So how did I get this to work?

Oh, you’re going to love this:

I scanned for it!

Yes, that’s all I did to get cable television beyond what my Limited Basic plan calls for.

All I had to do was go to my television’s setup, and tell it to scan for available stations.

When it finished after an hour, it had found all of the standard stations which are included with the Limited Basic cable package my HOA dues cover, plus about 32 or so “digital stations”.

The best part was the tv’s built-in tuner also pulled in the in-between HD versions!

After the scanning was done, all I had to do was go through the channels one at a time and when I came across one that was in standard definition, I simply removed it from my available channels.

I’ll be honest, I was skeptical too.

So I went to my parents’ house and conducted a little experiment.

You see, they have a completely different cable television provider than I have, and they have newer tv sets.

The results were the same as mine, except better.

On their television, the digital music stations came in with the sound and picture, where I didn’t get anything.

So that told me all I needed to know–this wasn’t something relegated to only my television or my cable television provider.

You can try it for yourself one evening or weekend when you have a little spare time.

Who knows, maybe you will even have better results.

The TV Channels I Get

Ok, so we talked about the equipment I use to get my cable television programming.

We talked about the process, too.

Now, let’s talk about the TV channels I get using this little trick.

Replace your traditional money-sink cable service with a cheaper streaming option like Sling. You don’t need a contract to save, either!

With my Limited Basic cable television subscription I get the normal local tv stations:

Using my TV’s scanning feature, I also get the same ones, but the HD versions on the in-between identifiers.

For example, if PBS in SD is channel 2, I get the PBSHD designation on channel 2-2 as well.

The same goes for each of the other local TV stations, all on the “-2” channel numbers.

Similarly to the local TV stations, my specific plan comes with a few SD cable channels:

That’s it, that’s the extent of the cable channels I am supposed to get with my Limited Basic plan.

Just like the local tv stations above, I also get the first column of these cable channels in HD on the “-2” intervals, too!

Plus, living in South Florida, it’s good to get The Weather Channel during hurricane season, even with the local tv stations since it gives wider coverage.

When I used the scanner on the TV, I started getting the following cable channels:

I’m pretty sure I get at least 75% of the most popular stations out there.

It’s probably mostly all of the sub-100 numbered stations which are all of the most common ones.

Not Cooking, any of the FoxSports college stations, regionals like MSG or YES, HBO, Starz, etc. mind you.

There are some other obscure Spanish, shopping & local stations too but those are pretty irrelevant to me.

What If You Get No Cable TV

The great thing about technology is that we do have so many options available to us besides traditional cable television subscriptions.

One of the things that I hear people doing is using an HD tv antenna.

Sure, it sounds old-school, but there is a big benefit to it:

All over-the-air television signals are uncompressed and therefore are true high-definition signals.

That means even if you can’t get free cable television the way I am able to, you may be able to at least get the next best option.

There are a few caveats, however:

The FCC even has a DTV Coverage Map showing you which DTV signals you should be able to access and how strong of a signal you should get.

It’s not exact, but can be used as a reasonable guide.

But, if you get lucky and buy an HD tv antenna like one of the ones below, you may be able to keep your entertainment budget lower than if you paid for cable television.

I get it, this trick won’t work for everyone or you may want/need more variety than what you can get.

If you prefer something else, there are plenty of streaming options.

Which one(s) should you use?

That’s totally up to you and you should always take advantage of free trials to see if you will get the most out of a paid subscription.

Amazon Prime Video gives you access to hundreds of movies and tv shows as well as live sports and a bunch of Amazon Originals!

Have you tried this simple technique? What have been your results? Let us know and please include your city/state too. Even though this will vary based on televisions and cable television providers, maybe someone from your area can get it to work narrowing the problem down to your TV or provider!